All aboard for…… China 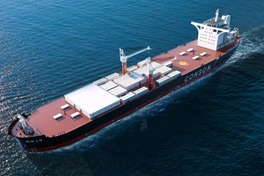 A few weeks ago, I had a whinge about exceptionally large factory trawlers raping the seas. I mentioned that it seemed that we were regressing rather than improving in the sustainability arena. And then some good news, and about boats as well.

We have discussed on many occasions the increasing demand for seafood as a healthy protein. Within this context, we have also discussed the increasing need for sustainable fishing, to allow for the replenishment of the oceans. That is why the concept of buying responsibly, being educated in your purchasing decision is so important. In saying this, it is also well known that the world’s demand for seafood cannot be met by wild catch. Aquaculture is here to say and is growing.

An article in the South China Morning Post, Hong Kong (SCMP ) By Liu Zhen on the 5th June reiterated the situation with specific reference to China. China produces and consumes about two-thirds of the world’s fish. In 2018, its fisheries produced 64.6 million tonnes of seafood, of which 47.6 million tonnes came from aquaculture, including 16.4 million tonnes from nearshore marine farms. But this massive appetite for seafood, although produced by aquaculture is damaging to the environment and there are also concerns about production methods. But that is a discussion.

Back to the matter in hand, the good news, and it involves China, usually the pariah in matters of fishing and production. At the moment, China is building the world’s biggest offshore fish farm ship in a bid to meet its massive demand for seafood in a more environmentally friendly way. The 249-metre (816 feet) long, 45-metre wide aquaculture vessel is being built in Qingdao, Shandong province and is scheduled for completion in March 2022. The vessel will have a displacement of more than 100,000 tonnes, will be powered by an all-electric propulsion system and have a top speed of 10 knots. Amazingly, the vessel will be fitted with 80,000 cubic metres of aquaculture tanks and a temperature-controlled supply chain processes, probably farming high-value species, like large yellow croaker, grouper and Atlantic salmon.

Although there are European companies building ‘supply-chain boats’ for aquaculture, for China, this is a huge step. And even before the first vessel is completed, the next boat is in planning. A sail driven vessel. ‘Carpe diem’ is what I say.